There is a unique and interesting tradition that can be found when visiting Tirta Empul Temple Tampak Siring in Bali. Every day, there will be many tourists who flock to this temple. Not only domestic tourists, but also foreign tourists. Next, they will line up to jump into a pool of water inside the temple.

Tirta Empul Temple Tampak Siring is divided into three parts, namely Jaba Pura, Jaba Tengah and the last one is offal. In the Jaba Tengah section, there is a pool that has approximately 33 showers. And this is where tourists usually line up to carry out the purification activity which the Balinese people call melukat.

The showers in Tirta Empul Temple Tampak Siring also have their own names. The names of the showers in this place include 14 showers called Cleansing Tirtha Showers, 2 Tirta Showers that Melt Curses and Oaths and 6 showers for Tirtha Severe Diseases and Tirtha Upakara. And as the name implies, each shower at Tirta Empul Temple has its own functions and benefits.

However, to participate in the melukat ceremony, tourists must follow the rules set by the temple. This includes the use of kamen cloth tied at the waist. By the Balinese Hindu community, kamen is one of the mandatory facilities when carrying out prayer ceremonies carried out in temples.

Not only can you see the existence of a pool which is usually used for melukat activities, Tirta Empul Temple also has a unique architectural design. Moreover, this temple building is very old. According to historical records, this temple building was founded in 962 AD during the Warmadewa Dynasty Government.

Benefits and Procedures for Melukat at Tirta Empul

The melukat activity at Tirta Empul Temple Tampak Siring is believed to have many benefits by the Balinese Hindu community. Various types of diseases can be cured by wounding in this place. Starting from minor illnesses such as toothaches to diseases that are suffered by many people in the country such as rheumatism and gout. Not only that, melukat here is also believed to be easy to match and can launch sustenance, you know!

In melukat activities, travelers must also follow the applicable procedures. This includes placing a canang over the shower that you want to use for melukat. Not only that, you are also required to convey the desired prayers and requests for the attachment activity. Not to forget, those who carry out knitting activities here will also cup their hands as a ritual process.

For tourists who want to visit this place, an entrance fee of IDR 30,000 per person will be charged. This place is open from 08.00 WITA to 17.00 WITA. Besides being able to enter the Tirta Empul Temple area, visitors can also see the existence of the Tampak Siring Palace which is located next door. Unfortunately, Tampak Siring Palace is not open to the public. So, visitors can only witness the existence of this presidential palace from outside the building. BaliTemple
Melanting Temple, A Place of Worship To Worship the Goddess of Money ArtBaliNaturePlacesUbud
Given the existence of the Samuan Tiga Temple in Ubud ArtBaliTradition
The Architectural Design and Function of Bentar Temple 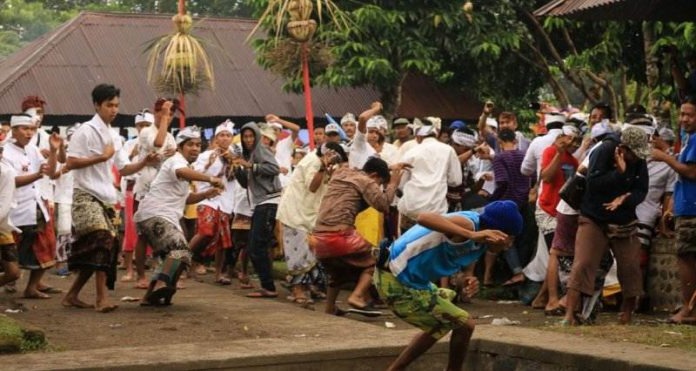 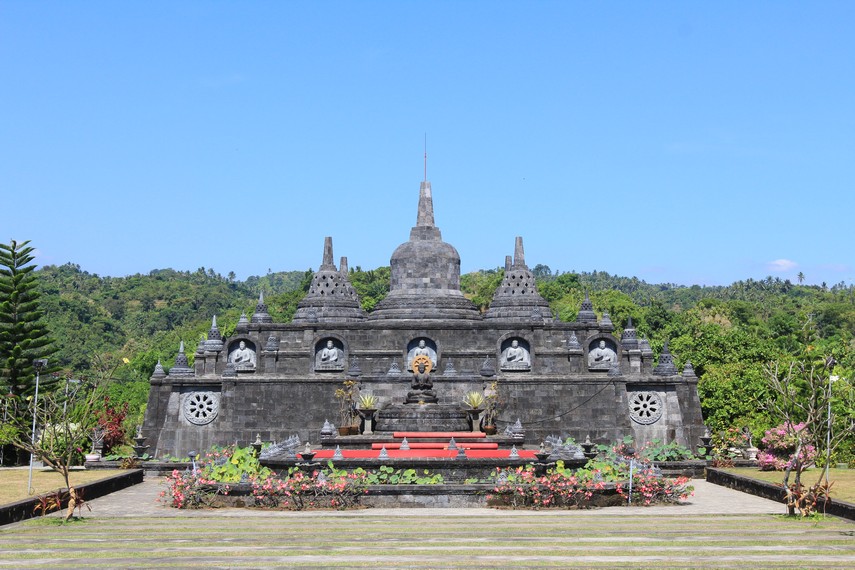 BaliOtherPlacesTradition
Brahmavihara Arama is the only Buddhist temple in Bali